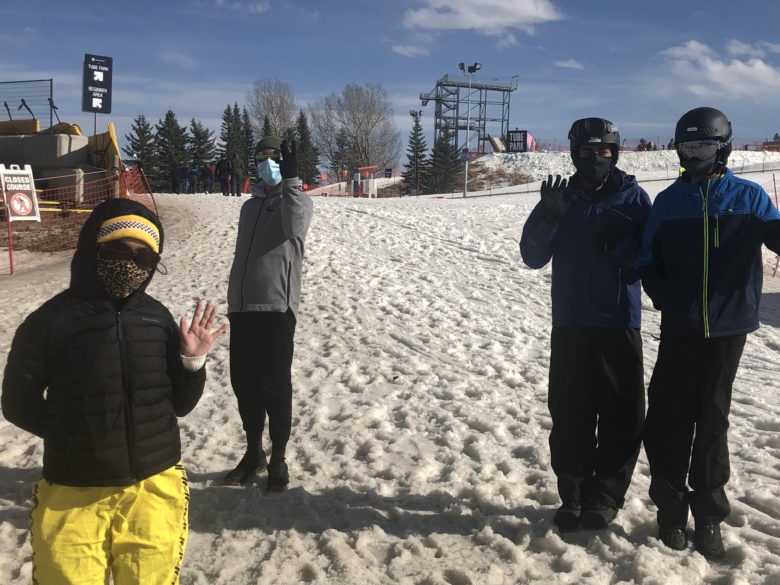 At Kids Cancer Care the Teen Leadership Program (TLP) has been busy over the past year adapting to online based sessions where teens can continue to develop themselves and have fun during COVID-19.

The focus of TLP is to create a supportive and inclusive group that develops life skills, such as writing resumes, applying for post-secondary education and scholarships, budgeting and finances, volunteering and creating a digital story about their cancer journey. TLP is a safe place where teens affected by cancer can go to be a part of a group who have gone through similar situations.

Typically, TLP includes a volunteer service trip to a low-income region where the teens build homes for families in need. Last year’s annual trip was cancelled because of the pandemic. The teens had a very important decision to make because of that.

“This year I really wanted to join back in because I really like TLP,” says Maeve a former TLP teen who is now volunteering for the program.

Maeve is now 18 and in her first year of post-secondary education, studying animal biological sciences.

“I found once I graduated high school everything that I had, that was fun ended, and I was like, ‘What do I do now?’ So, I was really happy when Kaity said I could come back and volunteer,” says Maeve.

“With university online, I haven’t really had the chance to make any friends yet, so it was really nice to be able to talk to everyone in TLP,” says Maeve.

Jack agrees that it is great to have the privilege to continue these programs online, but it is not the same as meeting in-person.

“Some people have cameras turned off so it’s kind of hard to interact with team members and meet people online, but I like the fact that we’re still able to get together, even though we can’t meet in person,” says Jack.

Jack lives in Canmore and would normally have to drive in to Calgary to get to the in-person meetings. While he doesn’t mind the drive, he likes the accessibility of the online sessions.

“People from all around the province could probably join TLP,” says Jack “Now that we’ve figured out how to use online resources, even if it goes back to in-person, you can still have some people participating at a distance. They can connect and incorporate ideas while not having to travel to Calgary.”

TLP has also started a game night since COVID-19 started to provide dedicated time to having fun outside of the goal-focused meetings.

“This past year, the game nights have been my favorite part of TLP,” says Jack. “I think that’s where we make up for the social stuff that we were missing in the online TLP meetings. Having the meetings in Calgary was just having fun and seeing everyone, and participating with each other, but with online we need this time specifically dedicated to playing games.”

Game nights have included an online escape room generously sponsored by Mobile Escape and a night of playing the virtual game Among Us.

“The escape room was a good way to actually motivate interaction,” says Jack. “When you’re in a small breakout group, you can work together with some of your team members and have more social interaction.”

There are teens like Joshua who enjoy the easy access to online sessions. He says they are more time-efficient because there is no driving time.

“Nikki Lamarche (former staff lead of TLP) looked at me and said, ‘Josh needs to sign up for teen leadership, because he’s been doing PEER exercise and PEER has really helped him with his social skills,” says Victoria. “I think that this will really help him come out of his shell and he can hang out with some of his older friends.”

Victoria loves seeing Joshua after a TLP meeting because he is always pumped and excited.

“A big difference I’ve noticed with Josh is his confidence and talking to people and being able to approach someone,” says Victoria. “He’s been taken out of that bubble, and they’ve coaxed him to do a variety of things like interacting with unknown people which was unheard of before.”

All these kids have remarked on their confidence levels going up, and how TLP has boosted their moods and created a place where they feel safe, heard and accepted.

“It was definitely a good confidence boost and then just meeting other kids my age who had been through the same stuff, and we’re all working to try and give back and help others,” says Jocelyn Pricca, who has been in TLP for two years.

“It’s been great for Joshua in a lot of ways and it trickles down into everyday life,” says Victoria.

Without a doubt the teen leadership program is amazing, but what makes it amazing, are the people in the program, the people who lead the program, and those who make the programs possible. Thank you for supporting Kids Cancer Care’s Teen Leadership Program.