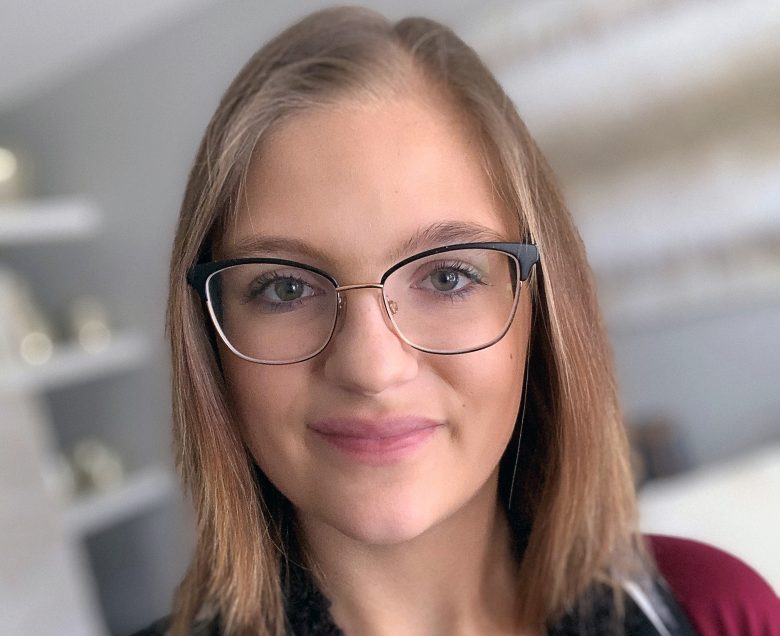 When I was eight years old, I began experiencing unexplainable symptoms. After consulting every dermatologist in the city, my mom thought it might be a good idea to consult an immunologist as dermatologists were not helping. After what felt like thousands of pokes, hundreds of tests and too many hospital stays to count, it was determined through genetic testing that I had a rare gene mutation called TTC7A.

As it turns out, this specific mutation was only discovered a year prior to my diagnosis. I was the oldest living individual with TTC7A at the time, so I was pretty much a guinea pig when it came to treatment. This gene mutation affected my immune system so much that it was only working at seven per cent and could essentially give out at any moment. To find out more about TTC7A and a possible course of treatment, we traveled to Montreal and met with the doctor who discovered this mutation. He was in the process of a research study to find out more about TTC7A and requested that I be part of the study. His research determined that I would need a bone marrow transplant.

Now imagine being 15 years old and being told that you would have to undergo a bone marrow transplant and that you may not survive. Definitely not something the average 15-year-old would have to worry about.

Because of the complexity of my situation, we consulted centres across North America. It just so happened that the immunologist from Texas Children’s Hospital was in Calgary for a conference and I was able to have a short consultation with him. It was then that he recommended his center for the transplant. After careful consideration and a trip to Houston to meet the doctors, we made the decision to go to Texas Children’s Hospital to undergo this journey.

By May 2015, a month after consultation in Texas, my parents and I packed up our things, said goodbye to our family and friends, and headed to Houston. We arrived on Friday, unpacked our apartment and prepared for what was sure to be a long and difficult journey.

On Sunday night, I checked into the hospital so that I could begin chemotherapy the next morning. After 32 doses of chemo spread over eight days, I was given the okay to receive my new bone marrow cells. At 3:30 a.m. on June 23, 2015, I was re-born. I was given the chance at a full life. A life without month-long hospital stays, too many pokes to count and endless medications. My donor, who I did not know at the time, gave me the ability to not worry about getting sick, to not be self-conscious in the outside world and to live a normal life.

This was not to say that my journey ended there. As a result of numerous complications, I was not allowed to eat for three months. I was connected to multiple medications around the clock and had to receive two additional donations from the donor. I remained in isolation for 15 months where I spent up to five days a week at the hospital and had to undergo multiple bone marrow biopsies.

After 15 months, we were finally able to travel home. Once back in Calgary, it was flu season, so I was still not able to go out in public. This meant I was receiving my high school education at home while my friends were in school and I was not able to attend any parties or gatherings.

Fast forward six months, I was at the Alberta Children’s Hospital undergoing my usual monthly infusion and I was told about a Teen Leadership Program that Kids Cancer Care was offering. I was finally allowed to leave isolation and became interested in meeting some people who had gone through similar experiences. I felt alone for so long, therefore it took some convincing from my ever-loving parents. But after orientation, we felt the program would be a great fit for me. I was 18 at the time so I was only able to be a part of the program for a year, but I thoroughly enjoyed the time I spent with this group. It got me out of the house, I was able to socialize with people who could understand what I had experienced, and I no longer felt like an outsider. It was normal to have lost your hair and have a port in your chest. It was normal to know all the medical terms and to be best friends with your nurses. I think what resonated with me the most was the fact that people didn’t pity me when I told my story, the way that so many had before.

I spent the year getting to know the other teens, doing fundraisers and gaining my confidence back. Throughout my treatment I lost my way to loving myself. Being around the people in this group who accepted me for me, really helped to begin the process of self-love and acceptance. Although I was not able to participate in the final trip due to medical circumstances, I can honestly say it was a program that I will remember forever.

I was also asked to be a kid coach for the High Hopes Challenge and was able to help raise money for a cause close to my heart. Having spent only a day at Camp Kindle, I got to experience only a fraction of what other youth got to do over the course of the summer. Seeing how the camp was able to let kids be kids and allow them to forget about being sick was the most amazing part. The focus on fun and normalcy was evident in the attitudes of everyone in sight.

I am proud to say that I am coming up on my fifth anniversary of my transplant and doing better than ever. I still struggle with some lingering effects of my transplant; however, I am on my way to becoming my best self. I have learned over the years that I am not alone. I have a support system and I can openly tell my story. I no longer fear of the outside world and I can proudly say that I am a transplant survivor. I will always be grateful to those who helped me along my journey to become the oldest living individual with this gene mutation. The donor who donated the bone marrow not only gave me life, but gave me a second set of DNA…. How cool is that!?